Here’s a Throwback Thursday back to 1993. With the popularity of the Disney-Pixar film, “Inside Out,” I was inspired to share this photo.

That’s me in the Wonders of Life pavilion at Epcot in Walt Disney World next to a sign for the Cranium Command attraction. That sign depicts General Knowledge, who is looking to commandeer someone into piloting the brain of a small child.

Be sure to see Scott’s recent post about Cranium Command HERE.

Seen above, the new Disney-Pixar film “Inside Out” is represented as part of the pre-parade before the Pixar Play Parade in Disney California Adventure.

Did you know that “Inside Out” now holds the record as the biggest opening for an original movie in history, topping the previous No. 1 original movie, “Avatar,” by more than $13 million, with $90,440,272 million in domestic box office opening weekend. The film opened Friday, June 19, 2015.

With the release of the new Disney-Pixar film, “Inside Out,” which focuses on the “voices inside your head,” for some of us, it is bringing back memories of a former Epcot attraction with a similar concept, so I thought I’d post a couple of my photos from it.

Cranium Command was housed inside the Wonders of Life Pavilion at Epcot at Walt Disney World. The pavilion celebrated life and, through entertainment, educated about the human experience. Other attractions within the pavilion included The Making of Me, a short live film starring Martin Short which delicately tells the story of human creation, including hilarious animated segments of the inner body workings of conception, and Body Wars, a flight simulator, like Star Tours, which brought guests on a journey through a human body, rather than outer space, to find and destroy a splinter.

In Cranium Command, guests would enter the brain control room where a young Audio Animatronic boy named Buzzy, helmed the controls. His mission was to keep another young boy out of trouble.

In the photo above, you can see Buzzy within the boy’s head, and through boy’s eyes when he first meets a beautiful girl.
Cranium Command featured an all-star cast with Charles Grodin as Left Brain, Jon Lovitz as Right Brain, George Wendt (Norm from “Cheers”) was the Stomach, Bobcat Goldthwait portrayed the Adrenal Gland, and Dana Carvey and Kevin Nealon were the heart’s Right and Left Ventricles (reminiscent of their characters, Hans and Franz, from Saturday Night Live).

Discover treats, tricks, magical mischief and spooky surroundings as you celebrate Halloween on the High Seas! Thrills and chills await you at every turn with Halloween-themed parties, lively entertainment and elaborate décor-including an evolving Halloween Tree that eerily transforms throughout your cruise.

Other special experiences include:

Scheduled to perform are:

Jack Gladish worked as an engineer, responsible for submarines, dinosaurs, railroad locomotives and much more. Attractions include the “Carousel of Progress,” “Walt Disney’s Enchanted Tiki Room” and much more.  During his career he headed the plastics and fiberglass shops at the MAPO department of Walt Disney Imagineering.

I just posted my interview with Jack Gladish on my Mouse Clubhouse website.  In this conversation, Jack discusses his career, helping to create attractions such as Great Moments with Mr. Lincoln for Disneyland the 1964/’65 New York World’s Fair.  CLICK HERE for the interview

In the fall of 2016, Disney Cruise Line will return to New York for a limited time with sailings to the Bahamas that include a visit toWalt Disney World® Resort in Florida. New seven-night Caribbean cruises from Miami, Florida and a return to Galveston, Texas round out the season. Learn more in this video!

Booking opens Wednesday, May 20, so contact me today to be one of the first to reserve your cruise.

Enjoy and share this ebrouchure including videos about the Disneyland’s Diamond Celebration starting May 22!

Contact me now for information about some great savings!

Click here to view ebrochure to learn more about Aulani, A Disney Resort & Spa and please share with your friends!

Make the summer last with an exciting offer at Aulani, A Disney Resort & Spa – where it’s warm and sunny year-round.

For a limited time, you can receive free round-trip transportation from the airport to Aulani, A Disney Resort & Spa, plus a free 1-day mid-size Alamo car rental, when you book a stay of 4 consecutive nights or longer at Aulani! 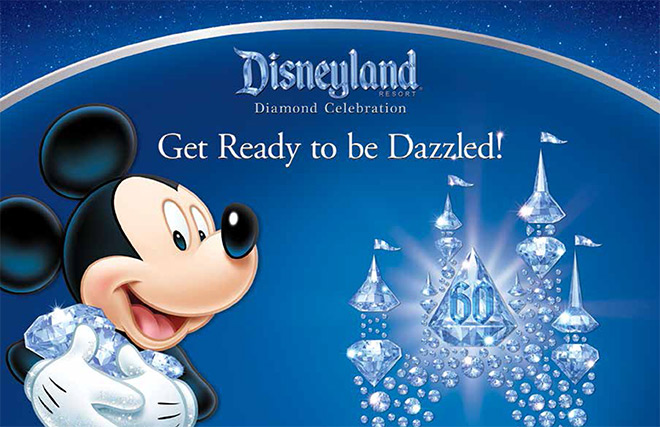 Visit Disneyland Resort for it’s Diamond Celebration and stay at a Good Neighbor Resort starting at $1185 for a family of four. Take advantage of the 2-night/3-day Good Neighbor Resort Vacation Package.  It includes 3-day, 1-Park per Day Disneyland® Resort Tickets for four for arrivals most nights 8/30–10/1/15 and 11/1–11/23/15.