How well do you know Walt Disney World? Take this fun quiz to find out! 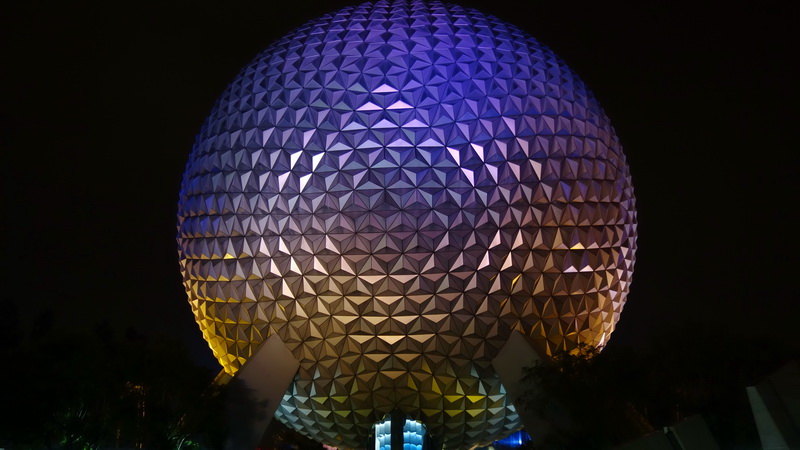 It really saddens me to report that Marty Sklar has passed away.  A true Disney Legend, Marty was originally hired to write for the Disneyland News souvenir newspaper, and soon became Walt’s top writer.  He wrote many of Walt’s speeches and other company communications and ultimately became the head of Walt Disney Imagineering.

Recently, Marty and I had been in touch, as I was going to interview him. Several Disney Legends that I know how contacted Marty to encourage him to interview me, and I just love what he emailed me! “Gee Scott – How come you didn’t get Bob Iger to say I should talk to you? Looks like you have most of the Legends …”

In preparation for the interview, I’ve been reading Marty’s wonderful book, “Dream It! Do It! My Half-Century Creating Disney’s Magic Kingdoms.” While I never got that interview, I’m grateful to have his stories.

This is Munchkinland in the Great Movie Ride in Disney’s Hollywood Studios in Walt Disney World. I love traveling into the world of Oz, and I still love seeing the Wicked Witch appear!

I just posted my interview with Ron Logan on my Mouse Clubhouse website. In this conversation, Ron talks about his beginnings playing trumpet in the 1958 Christmas parade at Disneyland, and climbing the ladder to become the executive vice president, executive producer of Walt Disney Entertainment, responsible for all the live entertainment in the entire company.  CLICK HERE for the interview and more photos.

I just posted my interview with Gary Krueger on my Mouse Clubhouse website. In this conversation, Gary talks about his times photographing Disneyland, Walt Disney World, Disney movie premieres and much more – and you’ll see lots of postcards of Gary’s photography!  CLICK HERE for the interview and postcards

Since today is the anniversary of Disney’s Hollywood Studios, which opened on May 1, 1989, I thought I’d choose a photo from that park for today’s Snapshot Sunday. This scene out of the Great Movie Ride takes you out of Kansas and sets you on the Yellow Brick Road with Dorothy and her new friends.

Although the Great Movie Ride has been in Disney’s Hollywood Studios since its opening, many changes have occurred in the park over the years, including the park’s name. It was originally Disney-MGM Studios, and the Great Movie Ride featured many scenes from both Disney and MGM films, with The Wizard of Oz, of course, being one of MGM’s classics.

Since the vehicle comes to a halt and the characters don’t move too quickly, I was able to use an ISO of 1600, a shutter speed of 1/100 and as usual in dark rides opened my aperture fully to 1.8.

Feel free to write or comment if you want any more details about the photos, such as settings I used, etc.

A long time ago… Star Tours took flight at Disneyland with a 60 hour party! It was on this day in 1987 that Guests were first able to hop aboard a Starspeeder 3000 for an exhilarating trip to Endor, even if that meant waiting in a line which stretched from Tomorrowland, down Main Street, and past the Great Moments with Mr. Lincoln theater. The new attraction replaced Adventure Thru Inner Space, and rather than inner space, would now blast off Guests to outer space. Although the lines for the popular new thrill ride subsided throughout the sixty hours, Guests were also able to enjoy such things as the new Captain EO 3-D film, eat at the all new Big Thunder Barbecue, enjoy the new Golden Horseshoe Jamboree stage show, or get caught up in the upbeat Totally Minnie parade. Although the new updated Star Tours: The Adventures Continue debuted five years ago, here are some of my photos I took back when the original was just five years old.

The Sci-Fi Dine-In Theater Restaurant at Disney’s Hollywood Studios in Walt Disney World takes you back to the fabulous 1950s! Drive-In movie theaters were all the rage. You could drive your car in, park, hook a speaker on your car window, and for those that weren’t necking in the back seat, you could enjoy a movie in front of you on the big screen.

From the moment you walk in to the Sci-Fi Dine-In, you’ll remarkably feel like you’ve stepped back in time, under the starry night sky (whether daytime or nighttime!), for some silver screen entertainment of the day.

As you hop in your ‘50s convertible, you’ll be seeing actual 1950s science-fiction-themed footage, with sound coming out of the authentic drive-in portable speakers.

Once you’ve ordered your classic American cuisine, you’ll SHRIEK at the “Attack of the 50 Foot Woman,” BEWARE as “Frankenstein Meets the Space Monster,” and be TERRIFIED by “Robot Monster.”

It was always fun to get a cartoon short accompanying the movie back in the day, and you’ll be treated to classics such as Tex Avery’s “The Cat Who Hated People,” and Tom and Jerry in “Mouse into Space.”

Of course, this is a Disney version of the ol’ drive-in, so you’ll see a few Disney treasures in the mix. Watch for Walt Disney and robot Garco, as Walt discusses the possibility of life on other planets in an introduction from the 1957 “Disneyland” television show, and the zany animated short from that episode in which a scholarly man tries to determine if there is “life on Mars.”

Incidentally, Garco, was not just a prop for this TV show. Walt Disney was a man of vision and strove for authenticity. So for his robot sidekick for the television episode, he utilized an actual 5’8” 235 pound robot that was built by Harvey Chapman in 1953. He was built out of used aircraft parts and christened “Garco,” for the “Garrett Manufacturing Company” for which he was built. He had vacuum fingers to pick things up, a steel claw to grip, and he could telescope his legs to reach things on higher shelves.

Besides Garco, you might also spot 1967 Disneyland Ambassador Marcia Miner with Mickey Mouse in outer space apparel within the movie clips. This is footage from the grand opening of the new Tomorrowland in Disneyland which debuted the PeopleMover, Adventure Thru Inner Space and the General Electric Carousel of Progress amongst other things. You can listen to my conversation with Marcia here!

So the next time you’re in Disney’s Hollywood Studios, consider eating at a blast to the past, the Sci-Fi Dine-In Theater and Restaurant. It’s out of this world!